The Jewish Historical Society of Southern Arizona and the The Stone Avenue Temple have merged. The new, non-profit entity will have small permanent and revolving exhibits, but one of its prime functions will be as a virtual museum. The building celebrated its 95th anniversary on Oct. 3 (which this year, as in 1910, was Erev Rosh Hashanah), and during the next five years, leading up to its centennial, the goal is to collect and digitize early Southwest Jewish history, so that it can be accessed online from anywhere in the world. 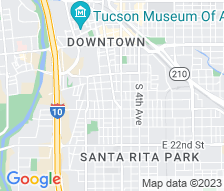