Founded in 1976, The Desert Caucus is a Jewish bi-partisan political action committee (PAC) whose mission is to promote and strengthen the relationship between the United States and Israel.  We are one of the oldest PAC's in the country.  The Desert Caucus makes financial contributions to federal congressional candidates (outside of Arizona) who support a strong U.S. Israel relationship. Members pay dues and are entitled to attend between seven and nine events September through May/early June. There is no further solicitation of funds. 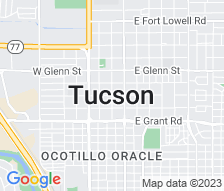